Simonis in the US press 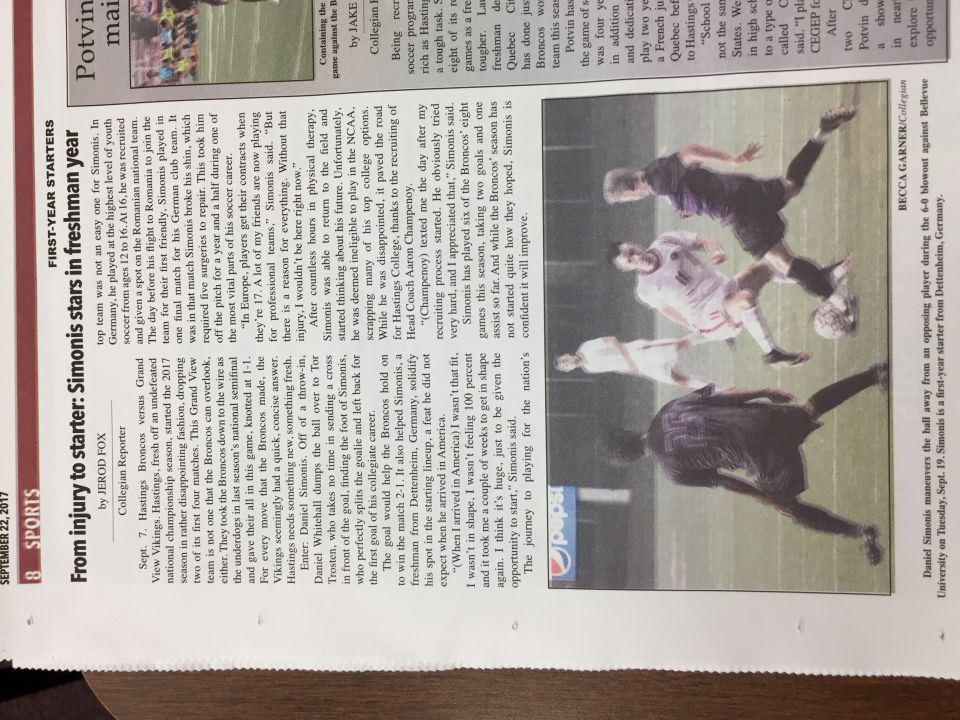 "But there is a reason for everything. Without that injury, I wouldn't be here right now."

"In Germany he played at the highest level of youth soccer from ages 12 to 16. At 16, he was recruited and given a spot in the Romanian national team. The day before hise flight to Romania to join the team for their first friendly, Simonis played in one final match fpr his German club team. It was in that match Simonis broke his shin, which required five surgeries to repair. (...) Simonis said "But there is a reason for everything. Without that injury, I wouldn't be here right now." Unfortunately, he was deemed ineligible to play in the NCAA, scrapping many of his top college options. While he was disappointed, it paved the road for Hastings College, thanks to the recruiting of Head Coach Aaron Champenoy. "He obviously tried very hard, and I appreciated that," Simonis said. "